U.S Strategy to Prevent Conflict & Promote Stability. Why, When & how? (Part ll)

U.S Strategy to Prevent Conflict & Promote Stability, Libya. Why, When & how?

Washington, May 9th, 2022:  Libya is on a short list of 4 out of 100 nations considered. The initiative was announced by Secretary of State Antony Blinken on April 1st, 2022.  Press Release - U.S Department of State
“Hesitation to designate Libya on the list continued right up to the last minute” a U.S Dept. of State official told me in a recent virtual meeting. He added “myself and Ambassador Richard Norland worked tirelessly up to the last second for the inclusion of Libya. We are very excited”. Hearing “the last minute” piece made me think is there a coherent strategy to Prevent Conflict & Promote Stability in Libya?
Hesitation by the U.S to do substantive work in Libya whether on preventing conflict or promoting stability is matched by the Libya side. As an Adviser to National Transitional Council (NTC) in 2011, I recall delivering a message from the U.S Department of State to the NTC’s leadership. “The U.S Government would like to receive a formal request to assist Libya in its reconstruction of its sovereign institutions”. I was met with hesitation and suspicion​
Late 2011 after it moved to Tripoli, the National Transitional Council transformed into the General National Congress (GNC). GNC convened regularly at the Rixos Hotel in Tripoli. In mid 2012, The Carter Center, Atlanta, Georgia, USA served as a watch dog during elections of the GNC.   The Carter Center - work in Libya
The Center was one of five None Government Organizations (NGOs); from USA, Canada, and other EU countries. They all attempted to continue to provide institutional building work in Libya. NGOs’ experts would sit in the Lobby of the hotel for hours, at times days deliberately shut out from any interaction with the GNC. In September 2012, I was in Tripoli on some work with the GNC, I tried to intervene on behalf of the NGOs with GNC Chairman Mustafa Abdeljalil. He gave me a resounding no “we don’t need these people, we know what we are doing. There’s no substitute to Sharia law”
It’s good to remind our fellow Libyans for having lost precious and valuable time towards reconstruction of Libya’s critical institutions. Lessons learned on the Western side; we have to be patient, and persistent. In my opinion, if we are marching to execute U.S Strategy to Prevent Conflict & Promote Stability in Libya, confidence building measures with the Libyan public must be an essential ingredient for any progress. There had been attempts on the part of the Obama Administration to engage Libyan interlocutors but were dead on arrival. The late Abdulrahim El-Kieb, the first Libyan Prime Minister to visit the White House in 60 years held a glimpse of hope on March 7th, 2012.  Meeting with President Obama​
Continued from LinkedIn 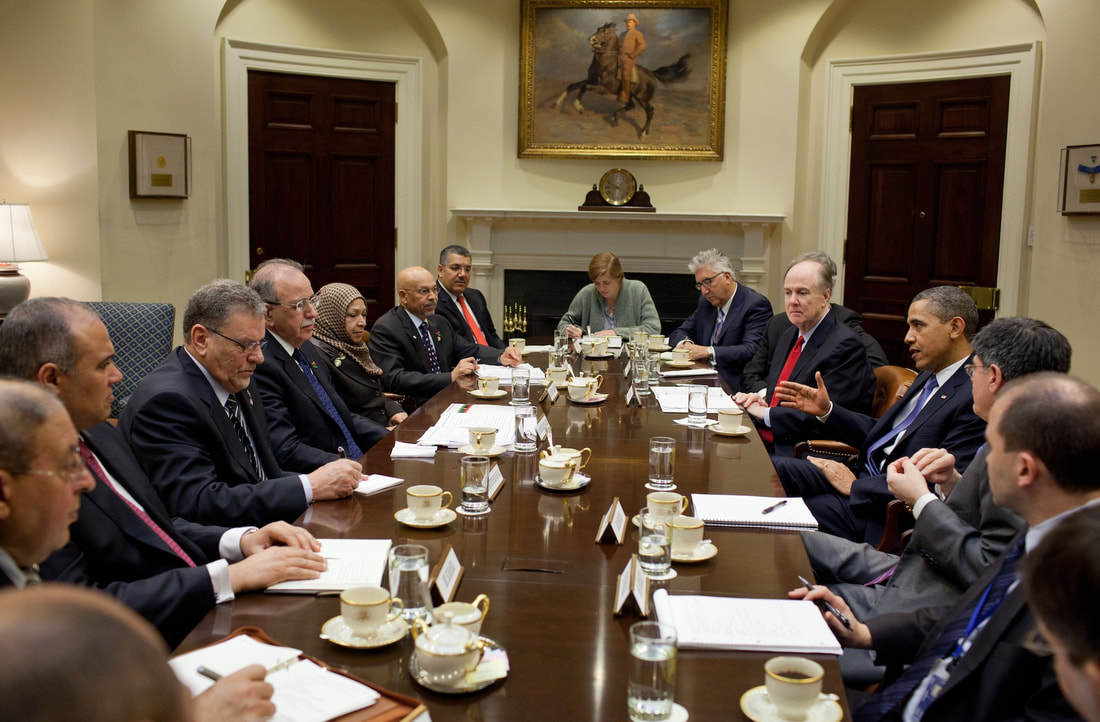 During the Biden Administration, USAID, Agency for International Development Headed by Ambassador Samantha Power is making modest progress in Libya’s fiscal foundation and power generation.   USAID Work in Libya
Continued dialogue with various branches of the U.S Government gives me greater hope than ever in its initiative to help Libya. We desire a version of The Marshall Plan in 1948.
In over four decades of knowledge of the interworking of the U.S Government, this time more than ever, the U.S finds its National Security Interests are threatened and that of its Westen allies. An arms and economics race with the Russians and the Chinese.​​
Russia’s 2/24/22 invasion of the Ukraine created  Cold War era atmosphere. Chaos in Libyan political landscape and looming armed conflict are additional obvious reasons Libya made the short list.
It’s a unique opportunity to work with great Libyan minds through
فريق الخبراء الليبيين في الشؤون الاقتصادية الليبية
Libya Expert Team On Libyan Economic Affairs. I’m hoping to continue to expand participation by more Libyan economists.
​
#Libya, #MiddleEast, #NorthAfrica, #MENA
Twitter: https://twitter.com/omarturbi/
Home
Bio
Rebuild Libya Foreign Ministry & Diplomatic Missions
Media
Testimonies to U.S Congress
Human Rights
Contact
© 2022 OmarTurbi.org